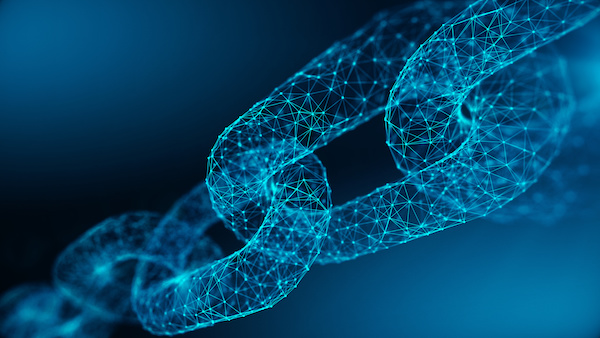 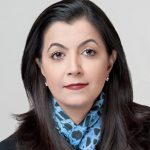 Companies generally have regulatory filing requirements to multiple parties within and across different jurisdictions – and investors are also looking to use data from varied sources. Europe is currently testing blockchain as a distribution mechanism, in the hope that the technology could help solve difficulties in the distribution of financial reporting to regulators and other users at a national and international level. However, turning to blockchain in this area overlooks an existing, efficient and less complex solution: a distributed database.

The EU Transparency Directive required the European Securities and Markets Authority (ESMA), and the national competent authorities (NCA) from each EU member state, to work together on creating a single, centralized point of entry for the public to access information of listed companies — the Single European Electronic Access Point (EEAP). The ESMA Board of Supervisors, however, decided to pause the project in January 2018.

Currently, every EU member state has its own Officially Appointed Mechanisms (OAM) to store regulated information. Hence, any investor who wants to compare and contrast companies across different member states will need to access a different OAM for each one. Furthermore, member states have different national mechanisms for storing information about companies, which all work in slightly different ways, and the information they provide varies in terms of scope and quality. This is not efficient for investors. The EEAP is necessary to facilitate accessibility, analysis, and comparability of annual financial reports by investors and other users.

As a result, the European Commission has started its own pilot project based on an approach to build a distributed and decentralized system by interconnecting the OAMs in Europe into a dedicated platform for sharing data instead of exchanging it — that is, a blockchain platform infrastructure offering traceability and ownership management of both submitted and consumed financial data known as the European Financial Transparency Gateway (EFTG).

The platform system is being tested to see whether it might provide easier cross-border access to regulated information, lower the search time, and reduce the information access costs. Potentially, investors will obtain faster results because they no longer will have to go through 27 different portals but rather will go to a single-entry point from a single distributed framework across the EU. Of course, we don’t know what the outcome of the pilot project will be, and the biggest question that remains open is: how easy will this platform be to use and manage?

The EFTG would create a single location for European company reporting. Listed companies’ information would reside on the OAM but also would be accessible through the EFTG. Potentially, investors could access free up-to-date official information for all European listed companies from one location.

But what are the drawbacks? The EFTG has to join up the 27 OAMs in different countries each of which has different legal and statutory requirements. The UK Financial Reporting Council, Blockchain and the Future of Corporate Reporting, has made this argument:

In this situation, replacing all the legal, regulatory and technical infrastructure with a single agreed database that works for all could be challenging and expensive. Therefore, the use of blockchain to augment the local filing system, rather than replace it, might be preferable, as participants would remain in compliance with local rules. It could also be attractive to use similar technology at a local country level. Companies could file the location of various regulatory filings (annual reports, business register documents, gender pay reporting etc.) that are traditionally released publicly to different bodies into a single public blockchain, greatly enhancing the effectiveness of access.

There are further issues, however. Blockchain is a complicated, specialized, and expensive technology to be used for distribution purposes. Furthermore, how would it be maintained and governed?

Blockchain is computationally expensive. It relies on intensive computing power — and hence can consume a lot of electricity — to run. According to a Forbes article, The 5 Big Problems with Blockchain Everyone Should be Aware Of, blockchain relies on encryption to provide its security as well as to establish consensus over a distributed network. This essentially means that to “prove” that a user has permission to write to the chain, complex algorithms must be run, which in turn require large amounts of computing power.

In addition to the cost issues, there is the issue of complexity. It takes quite some education to understand how blockchains work and potentially could be useful. In a distributed network, no central authority exists, so intermediaries essentially are cut out. Hence, blockchain has been touted as being useful in areas such as clearing payments. But, for example, when the financial services industry already provides this service at a relatively low cost to the end-user, it may not make sense to replace the current system with another that is too complex. Similarly, it may be a complicated solution to a distribution problem.

Users need a single structured location to enhance accessibility, but given the issues of cost and complexity with blockchain, this may need to happen through a different technology, say, a distributed database.

As explained in the article The Difference Between Blockchain and a Distributed Database, a public blockchain creates trust where it doesn’t exist in a decentralized world. In this case, it is not necessary to create trust among the 27 member states so perhaps a simpler and more cost-effective way to distribute information would be to create a distributed database. Distributed databases are centrally managed with copies of the data held within each node, providing efficient, low-cost services.

The article goes on to say:

The core value of blockchain technology is not to provide rudimentary data services (like the decentralized database), but to build a new ecosystem of digitized data assets and automated trust services. The global blockchain updates its state autonomously, and data is traceable to its source.

On the other hand, the core value of distributed database is to provide data storage and access services to business systems. The database is designed to provide operational support, mainly for business products and development projects, with the data being stored with a focus on supporting analysis and retrieval.

Hence, given the value proposition of a distributed database and the fact that it is cheaper, is less complex, and can be centrally managed, it is far more efficient for distribution of information.

Other Posts
« XBRL in South Africa: An Update
Detaching XBRL Formula Rules from their XML roots »