This document considers the case where there is a requirement to collect a fact whose value must be one of a list of more than one possible values. Examples of this include:

For these cases, it is desirable for the taxonomy to constrain the list of allowed values in order to ensure consistency (and thus comparability) across filings, and to help preparers to enter, select or display the value, possibly in a local language.

Appropriate taxonomy architecture can ensure that the allowed values are defined in a taxonomy such that these constraints are enforced by XBRL validation and can be understood by a preparer.

In order to select the best architecture, the list and the architectural options should be characterised. Once these are defined, it is possible to evaluate the suitability of the options for the list. This document presents this approach to selecting the best taxonomy architecture and gives overall guidance that can be followed in most cases. The guidance is targeted towards taxonomy authors and taxonomy architects.

This section shows how a list can be characterised in order to refine the architecture requirements.

This is the extent to which the list is expected to be changed by preparers or other taxonomy authors. These changes may include:

It is also important to recognise if lists should be able to be changed despite the architecture otherwise not explicitly being chosen to support extension taxonomies.

This is the extent to which the values in the list need additional explanation in order to be understood. To characterise this aspect of the list, the taxonomy architect should have in mind how they expect items to be viewed or selected:

This characteristic considers the impact of the timing of list updates with reference to the desired taxonomy update schedule. The characteristic is one of the below:

Characteristics related to the length of the list are:

When considering the list, these are some characteristics that will help inform the decision as to which option to choose:

This section describes some of the taxonomy architecture options available to represent lists of values. In order to overcome specific challenges, other options have been tried, however, we consider that the options presented are flexible enough to cover any list.

A second constraint on the options presented in this document is that, in all cases, it is possible to strictly define the exact list of allowed values. In other cases, for example the postal code example mentioned above, other approaches to constraining allowed values should be used, but these approaches are not discussed here.

This option uses the XML Boolean data type to allow a true/false enumeration. As well as providing the allowed values, users of the taxonomy are able to understand more about the nature of this list. The allowed values for an XML Schema Boolean are "true" (or "1") and "false" (or "0").

This option uses an XML Schema enumerated data type, which restricts the values that may be reported against the concept to one of a provided list of values.

Enumerations is a mechanism for defining enumerated lists in an XBRL taxonomy, allowing the lists to be structured and labelled in a similar manner to other taxonomy components. More details can be found in the Enumerations in XBRL guidance document.

In this case, the allowed values are evaluated using a mechanism external to the XBRL specification. This may be a proprietary business rules language or bespoke code that is written for this purpose. In general, external business rules have the same characteristics and consequences as XBRL Formula.

4 Evaluation of options and identification of good practice

From the table, we find that we can separate the options into two groups:

Within Group 1, Enumerations show as being significantly more flexible in usage than Booleans or XML schema enumerations. The only case where these may be considered to be stronger is if there is a requirement that the list should be understandable by looking at the raw reported values. This is not usually a consideration for XBRL documents which are fundamentally linked to a taxonomy and therefore it is good practice is to use Enumerations when a list is fully given in the taxonomy.

Within Group 2, each option has different characteristics and judgement would be required to select the correct one for the taxonomy. This may include non-functional requirements specific to the filing programme that override other considerations. When this is not the case, areas of differentiation in this analysis are:

The main conclusion of this document is that Enumerations should be used when creating a list of allowed values unless there are specific reasons not to use this feature.

In addition, we note that whichever mechanism is used to define the list values, it is good practice to describe the list in a label attached to the concept.

Finally, in cases where lists are the same (or are intended to be the same) the same list definitions should be reused, i.e., one list should not use 2-letter codes while another uses full descriptions as in Figure 1. 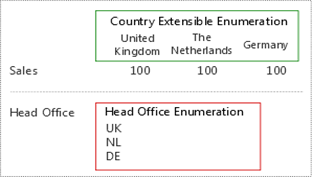 Figure 1: Case where good practice would have been to define the list once.

This document was produced by the Taxonomy Architecture Guidance Task Force.

Was this article helpful?