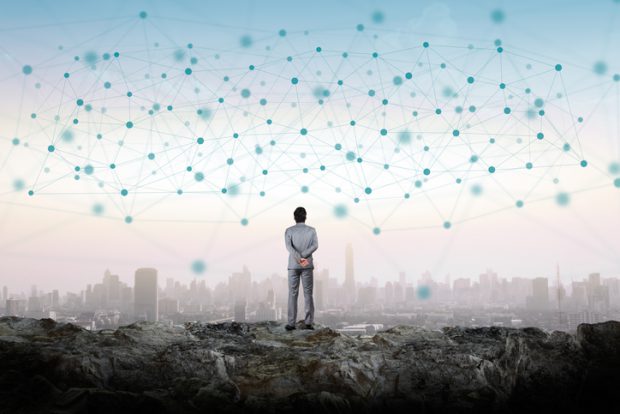 The bedrock for much of American and international corporate finance is corporate law in the tiny state of Delaware.

Like many other agencies around the world, the state authorities are experimenting with blockchain – in their case through the Delaware Blockchain Initiative (DBI). The initiative will allow for the application of distributed ledger technology to many of the private sector’s most fundamental  legal documents, which companies currently file with the Delaware Division of Corporations.

The DBI is now working on “smart Uniform Commercial Code” filings, which cover the registration of commercial finance obligations and agreements. With distributed ledgers, these UCC documents could become “smart contracts”, that could automate collateral and other kinds of regular changes in obligations between two parties to a financing arrangement.

The DBI is also working towards something potentially much larger —distributed ledger shares— which could really alter the way that corporate finance works and the laws underpinning that finance would operate.

.@blackrock, the world’s largest fund manager announced that it now sees climate risk as a key investment risk. It’s changing its investment approach and asking investee companies to change their reporting too. Details and letter to CEOs/clients. https://t.co/bFtsV7BRIt #xbrl

ESMA Meet the Market meeting in Milan is for Inline XBRL Vendors. Learn what software that produces reports for both ESEF and EDGAR requires. | XBRL https://t.co/6J8r7sANGx

Will $5.6T get wiped out by a formula? | Insurance Data | Open Banking in India | Green Swans ...  and more from XBRL International - https://t.co/LJQpo8gOSu

In India, Urban Co-operative Banks (UCBs) will start to use XBRL to report the status of impaired loans. These guidelines are designed to bring regulation for UCBs closer to that of commercial banks. https://t.co/9Sxn0u0cwz #banking #xbrl

The US federal government begins 2020 with a focus on the use of #data for agencies. Input from a range of stakeholders led to changes in the Federal Data Strategy Action Plan for the coming year. https://t.co/X1RojK8w8s #xbrl