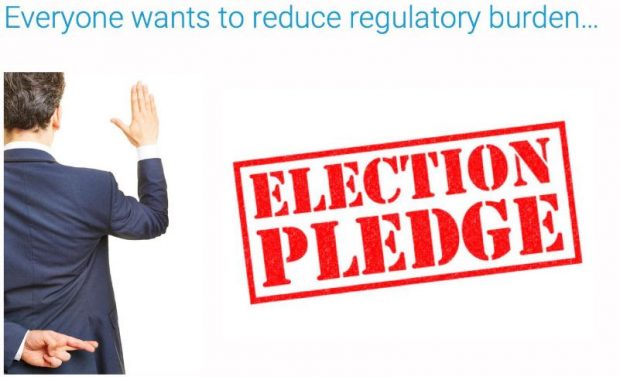 Almost every political party seeks to reduce administrative burden (or “cut red tape”) before getting into office. The vast majority fail to do so.

In the Netherlands, Australia, and now Finland and Ukraine, there are efforts aimed at one of the key “root causes” of reporting burden. Rather than trying to fundamentally change the reporting obligations that businesses have in their dealings with government, these “SBR”, or Standardised Business Reporting projects seek to harmonise the definitions used in reporting, lowering the cost of sourcing information across different agencies.

Driving definitions that are “nearly the same” out in favour of “exactly the same” requires understanding, agreement and persistence, but the business case is clear: SBR really does cut red tape!

Logius, the Dutch digital government agency hosted an event on Tuesday focussed on standardised business reporting and digital standards at the Netherlands Representative Office to the European Union.

The Dutch SBR Commissioner, Rob Kuipers and XBRL International CEO, John Turner, both described the public/private collaboration framework required to cut red tape using SBR. SBR can be straightforwardly replicated in many parts of the world. There is also significant scope to reduce burden across national boundaries in regions such as the EU.

After nearly a decade of service, coordinating the efforts of many different agencies across the Netherlands as SBR Commissioner and making a lasting difference to the ease of doing business in that country, Rob Kuipers is shortly retiring. Thank you Rob for all of your efforts and for shining a light on the business benefits of collaboration in business reporting!