Login
Home > Taggings > Some US Politicians Still Wedded to Paper

Some US Politicians Still Wedded to Paper 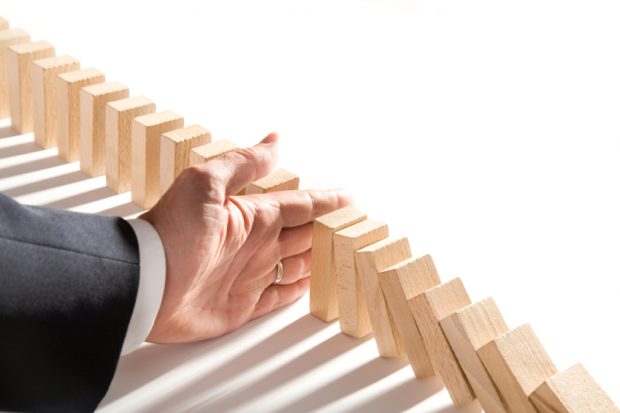 A few months ago, we explored the proposed US legislation known as HR 5405, part of which would have exempted certain companies from the SEC’s XBRL filing mandate. As expected, that particular piece of legislation did not go anywhere, and expired with the ending of the last Congress at the beginning of January.

It’s a new year and a new legislative landscape following the November half term elections. This has given Representative Robert Hurt, the original sponsor of HR 5405, the opportunity to give his ideas about partially rolling back XBRL adoption in the US new life.

HR 37, named the “Promoting Job Creation and Reducing Small Business Burdens Act”, is a piece of legislation that seeks to make changes to the financial regulations known as Dodd-Frank, introduced in the wake of the 2008 financial crisis. The authors subscribe to the belief that fewer regulations will save businesses money which will then be used to create jobs and grow the economy.

Representative Hurt’s provisions to roll back the SEC’s XBRL filing mandate have now been included in this proposed legislation as “Title VII”.

Wait! How does this work?

In the US, regulations can be initiated by the President (through Executive Order), Cabinet Secretaries (roughly equivalent to Minister level officials in most of the world) or Congress can “Act” by passing a law instructing Cabinet Secretaries to make rules and then enforce them. It is though this latter route that Representative Hurt is trying to exempt small companies from filing in XBRL with the SEC. Although there is a final stopgap where the President can veto legislation, which given enough votes can then be overridden by Congress . . . it’s a complex process that often hinders the enacting of major legislation.

Will the XBRL exemption become law?

It is difficult to say whether the provision will ultimately prevail. A vote by the House to fast track the legislation on January 7th failed, but a subsequent vote on January 14th passed, and the bill will now be considered in the Senate. Indications are that it will also pass in the Senate, at which point it advances to the President to be signed. The President can refuse to do so, and in fact has indicated his intention to veto this legislation due in large part to his concerns over the Dodd Frank provisions. The argument to help small business carries significant political weight in the US, however, so XBRL US, the Data Transparency Coalition and several other organisations are working hard to make sure political leaders are well informed on the benefits of structured data reporting for government, firms and investors alike.

What exactly does HR37 say about XBRL?

Currently, all public companies in the US must submit XBRL filings to the SEC. Title VII of HR37 would exempt companies with annual revenue under USD $250M from filing in XBRL for a period of 3-5 years, meaning small company filing in XBRL would be rolled back temporarily but not eliminated altogether. That’s important to note. This deferral is intended to give the marketplace time to reduce costs in XBRL creation and to wait until more data consumers are actively using XBRL data.

Also, while the number of companies affected is large the actual impact on the market will not be as significant, as the “large cap” companies whose stocks are held by the majority of investors and are most closely followed by analysts, will still be filing in XBRL.

What is the future for XBRL at the SEC?

The SEC has also been quite straight forward as to its ongoing commitment to structured filing – announcing both an intention to move towards iXBRL (which would lower costs to small companies and reduce the liability risk of creating two versions of the same report) and the launch of a pilot program that makes structured data sets from XBRL filings available to investors, analysts and academics. Stakeholders will benefit from these developments and will be eager to have structured data that is available, accurate and easily shared.

As for the goal of saving small firms’ money and freeing up funds for investments and hiring? A recent study of smaller filers by the AICPA showed that the median cost to file in XBRL in the US for the companies that would be covered by the exemption is USD $8000 annually, covering the detailed tagging of 3 quarterly financial statements and 1 annual financial statement, so it’s fair to say that the savings claims by the proposal’s supporters are somewhat overblown.

What it does do, obviously, is inject a note of uncertainty. And for those of us in business reporting, uncertainty is exactly the opposite of what we are hoping to achieve. But this is also politics and with the economic recovery just taking hold and unevenly distributed, there are those who will seek to gain political capital with issues like this. It would seem that XBRL is caught up in just such manoeuvring. But politics is always a consideration when governments are involved and doubly more so for regulated domains.

We’ll stay on top of this issue and keep you informed of the latest developments as they happen through our website, the weekly newsletter and social media.